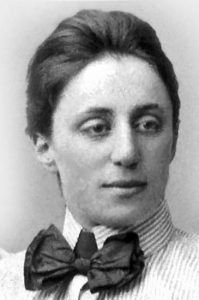 The Emmy Noether Programme of the DFG (Deutsche Forschungsgemeinschaft) has accorded Laurenz Rettig, leader of the research group “Dynamics of Correlated Materials” its support for his research project “Beyond time constants: Quantifying interactions in correlated materials by complementary ultrafast time-domain approaches”

Project Description:
Correlated materials are characterised by the variety of interactions between the elementary degrees of freedom, leading to novel ground states with broken symmetries and often intriguing properties. The quantitative determination of those couplings and their relevance for the formation of broken-symmetry ground states and phase transitions is a major challenge in solid state physics. In particular, in thermal equilibrium the various interactions are present simultaneously in a system, making it difficult to separate them due to their similar energy scale. Studies of those interactions in the time domain in a non-equilibrium system created after ultrafast optical excitation promise a way to separate such contributions by their intrinsically different dynamics. Such an approach, however, is often hindered by the unspecific nature of the employed probes and thus frequently limited to a qualitative discussion of time constants. The goal of this research project is to combine complementary, quantitative time-resolved spectroscopies, which directly address the dynamics of specific degrees of freedom, in order to determine the couplings between the different degrees of freedom and their relevance for a phase transition from their temporal evolution. Combining time- and angle-resolved photoemission spectroscopy, time-resolved resonant and non-resonant x-ray diffraction and electron diffraction techniques provides direct and quantitative access to electronic, magnetic and structural ordering phenomena. This approach will be employed for different selected classes of phase transitions, such as charge-density waves, antiferromagnetically ordered system and complex charge- and orbitally ordered systems, in order to determine and quantify the couplings between the different degrees of freedom responsible for the formation of those broken-symmetry states.