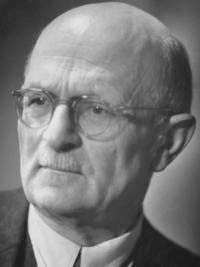 The Physikalische Gesellschaft zu Berlin announced that Christopher Nicholson is awarded the Carl Ramsauer Award 2018 for his thesis “Electronic Structure and Dynamics of Quasi-One Dimensional Materials” that he prepared at the Dynamics of Correlated Materials group.

The thesis of Christopher Nicholson (who is meanwhile at the Université de Fribourg) explores the electronic structure and ultrafast dynamics of quasi-one dimensional materials by means of high resolution angle-resolved photoemission spectroscopy (ARPES) and of femtosecond time-resolved ARPES (trARPES). Observing how confining electrons to quasi-one dimensional environments induces a range of broken symmetry ground states, and emergent properties that result from the increased inter-particle couplings and reduced phase space that such a confinement enforces, the work studies the interaction of such quasi-one dimensional phases with a higher dimensional environment.